They were willing to risk their lives, even if it led to death.
Revelation 12:11 (NIVR)

Evan Mawarire, on Sunday 24 September 2017, after his arrest. 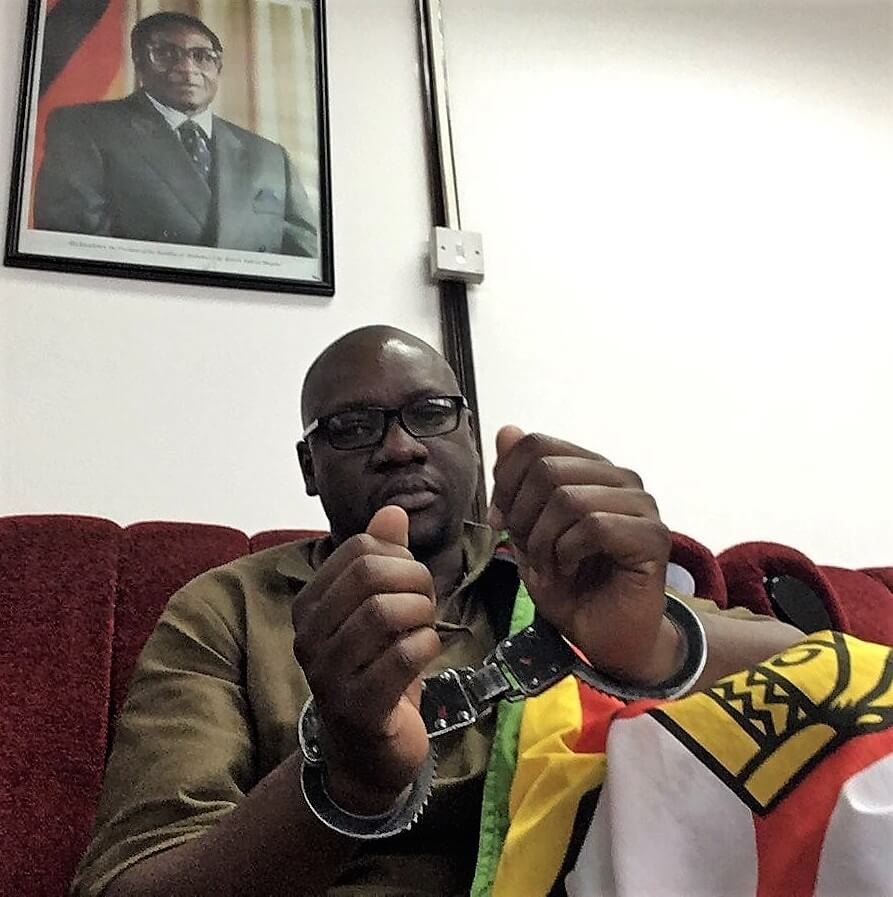 While he was preaching someone told him the police were waiting outside for him. Evan earns his living as an MC at weddings and other functions; he is the unpaid pastor of a small church in Harare, the capital of Zimbabwe. He’s about 40, married, with a couple of young children. No one had ever heard of him till last year when he recorded a lament for Zimbabwe and posted it on facebook. It went viral, and he started receiving death threats. Imagine if it had been Simon…

Speaking truth to power, or even where power can find it, can be a risky business. His arrest last month was his third. You’ll find him on twitter at https://twitter.com/PastorEvanLive
He is charged with ‘subverting a constitutional government’, despite the charges being in violation of Zimbabwe’s own constitution. If convicted, he faces a maximum life sentence of 20 years.

Why doesn’t he stay quiet?

I have 2 favours to ask: If you have a twitter account would you please follow him? You don’t have to read his posts, just become a follower. Here’s why: the more internationally he is known, and known to be known, the less likely he is to be disappeared. As in, be bundled into a car, never to be seen again. Or his burnt corpse found a few days later.

And the second one: Pause for a moment to consider what would make you willing to risk a violent death, or even a severe beating in police custody? Do you believe anything passionately enough to feel it deserves that kind of a stand?

If you’re anything like me, a wuss, that may be a disappointing pause. So why is it that major change for good in the history of humanity has often started with unjust and violent deaths? And what might it mean for us to take up our cross and follow Jesus? (Matthew 10:38)

The thoughts and views expressed in this are her own.

One Response to “Beyond Brave”