Last summer we ran a teaching series in Ignite called Summer Songs. Each week someone would share about a song we sing in church, perhaps talking about the lyrics, or the emotional attachment they had with the song. I shared on the song Blessed be your name. I thought I’d share it in this blog post for anyone who didn’t get to hear it that day. It’s about a ten-minute read, as ever feel free to comment, disagree or support the ideas I share in the comment section below.

The first time I heard Blessed be your name was the 1st September 2002.

And it’s very specific for a reason.

On the 31st August 2002, one of my best friends was knocked down and killed as he walked home after a night out. He was hit as he walked along the grass verge of a 30mph residential street. The driver didn’t stop to check if he was dead or alive. He was found unconscious by passers-by and died a few hours later.

His name was Christopher Nesbitt.

Or just Chris to me. 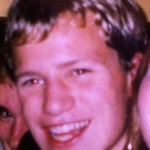 Chris was a big character; a joker with an answer for everything. He was passionate about art and music, very creative. He was energetic and full of life as they say. He was a total messer. I had known him my whole life, he was born two days before me, we grew up in the same village, went to same school, through primary and secondary, and were always in the same class.

The next morning in church we sang blessed be your name for the first time. I say we sang…to be honest I don’t think I sang at all, I just read the lyrics with tears welling up in my eyes. I made it to the second verse …’on the road marked with suffering’ before I ran out the door and collapsed in heap outside. How was I to sing a song like ‘blessed be your name’ on a day like that? Luckily because I left in the second verse I missed the whole you give and take away stuff. That would have completely melted my mind at that point of time.

The song was written by Matt Redman and his wife, partly in response to the grief in American churches after 9/11. During that time they had realised that there were very few songs about grief and suffering in the churches repertoire. So, they turned to the Old Testament book of Job for inspiration.

This book contains one of the oldest stories ever written down. It is in this story that we find that line ‘you give and take away’. It is this story that we get the idea of blessing God’s name in times of suffering as well as good times. Job was a man who was suddenly cast into darkness. He had been a wealthy man, he had it all – land, animals, a large and thriving family. We are also told he was a good man, or even better than that a blameless and upright man, one who feared God and turned away from evil.

Yet despite of this Job loses everything. His animals are stolen, his land taken, his family killed. He is left grieving covered in boils. He has three friends that sit with him and tackle what is one of the most tackled questions in the history of this world we live in. Why do bad things happen? Why is there suffering? What can we do to avoid it?

Job battles with these questions for pages and pages of text. He not only cries and wails, but he charges that the ‘cruel’ God had ‘removed his right’ from him and acts against justice.  Are we to view God as our “adversary” instead of our “advocate”? Are we to believe that our comfort is to be found when God leaves us alone rather than when he is with us? These are some of the accusations Job throws around. And to be honest I can understand why.

In the end God speaks. And he doesn’t appear answer his questions at all. God says:

‘Why do you confuse the issue?

Why do you talk without knowing what you’re talking about?

Pull yourself together, Job!

Up on your feet! Stand tall!

I have some questions for you,

and I want some straight answers.

Where were you when I created the earth? Tell me, since you know so much!

Who decided on its size? Certainly you’ll know that! Who came up with the blueprints

and measurements? How was its foundation poured, and who set the cornerstone,

while the morning stars sang in chorus and all the angels shouted praise? ‘

And he continues like this for longer than feels necessary…quizzing Job on the make-up of the universe, on animals and the environment all around him. Before finally asking… ‘Are you going to haul me, the Mighty One, into court and press charges?’

I’m speechless, in awe—words fail me.

I should never have opened my mouth!

I’ve talked too much, way too much.

I’m ready to shut up and listen.”

It’s all so odd but God’s apparent non-answer has brought Job to a place he never imagined being. He no longer cries out to God to be delivered from his suffering. Rather he rests in God even in his pain.

Firstly, though these words are spoken from an honest and upright heart, they are part and parcel of a theology Job later repents of, at the end of the book, when he admits to God “I spoke of things I did not understand”. Throughout the book we can see how this initially theology that Job clung to ultimately led him to complete despair until God broke the silence and spoke.

Secondly, as noted in my last blog, I always look to Jesus to understand God, as we are told he is the one who radiates God’s glory and is “the exact representation of his being.” If you want to know what God is like, look at Jesus Christ.

In Jesus’ ministry, God’s will is revealed not in the afflictions Jesus encountered, but in his loving and powerful response to these afflictions. Along the same lines, Jesus life, death and resurrection reveal that though God is not guilty for the evil in the world, he nevertheless takes responsibility for the evil in the world. And in taking responsibility for it, he overcomes it. On the cross God suffers at the hands of evil. And in this suffering, and through his resurrection, he in principle destroys evil. Through the cross and resurrection, God clearly displays his loving character and his loving purpose for the world, despite its evil resistance. He thereby reveals that evil is not something he wills into existence: it is something he wills out of existence.

I believe in a God whose Yes to life is louder than death’s No.

I believe in a God who is in the trenches with us, fighting the very same evils we fight in this world, like disease, decay, death, suffering, sorrow and sin.

And that is what drives me to sing out blessed be your name.

What God is saying by the end the book of Job is trust me. You might not understand me but you can trust me. This is a difficult message to swallow in times of suffering. In times of pain and grief when God appears to be so silent. There were days when I would sit by Chris’ grave for hours asking God to say something…anything. I remember many days when I would scream, quite literally, at God after Chris’ death. Days when all I wanted to do was hurt God in some way. Make him feel the pain and experience the darkness that I found myself in.

And all the way through this song, Blessed be your name, haunted me. It became very popular. I couldn’t get away from it. At times I would hate it, and then I would crave it. It took me a long time to get past the pain and grief of Chris’ death. The person who killed him that night was never found, it took me a long time to get past the deep desire for revenge. To find who did it and make them feel the hurt. But I did get past it. I still remember the night I finally said in a prayer that I forgave the person who had done this… and I meant it. And all the bitterness and rage and desire for revenge eventually faded to nothing.

And worship is a choice

Worship is always a choice.

At times it’s an easy, straightforward one you make without much thought whatsoever. When life is peaceful and painless, the choice to respond to God in thanksgiving and praise may not be such a hard one to make. But at other times in our lives, worship becomes a much gutsier decision. And the greater the pain we’re experiencing, the greater or harder a choice it will become in my experience.

But True worship opens itself up to God, adoring God, waiting for God, trusting God even when the lights have been knocked out and you feel like you are alone in the darkness. True worship says I trust you regardless. I trust you even though I don’t not know what is happening. I trust you even though I don’t not entirely know you. I trust that you are good. I trust that you have the right, the duty, and the power to deal appropriately with evil in this world and in human beings, and to restore the world and human beings to the image we were made in.

I have heard of churches who have re-written that give and take away line in Blessed be your name. I actually don’t think there is a need to though. I might not believe in the theology of that line but singing it does display some truth to me.

When I sing it I feel completely helpless. Momentarily I can place myself in Job’s shoes, momentarily I become that heartbroken 17-year-old again.  It reminds me that I am not the master of my world. That I cannot possibly keep everything, or in fact anything, under my control.